Last Wednesday vol. 5 of Pecha Kucha Night Panamá took place in the Arco Chato, in Casco Viejo. The setting, an ancient monastery in the historical centre of Panamá City, had all the ingredients to be a perfect evening. Eleven people, myself included, told a story or shared a message with the audience.

I had a lot of fun putting together a presentation about my e-zine, specially because after having asked for the readers´ collaboration I received a an assortment of pictures from around the globe. Absolutely brilliant!

More info on Pecha Kucha Panamá, Pecha Kucha Night and a list of the cities where there´s an event.

More pictures of the evening. 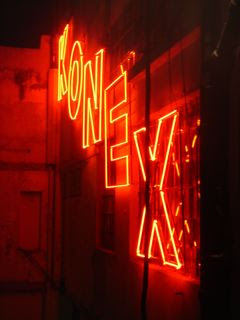 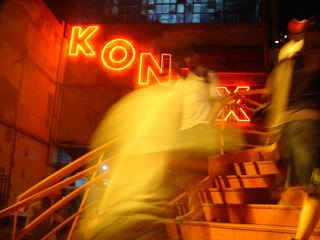 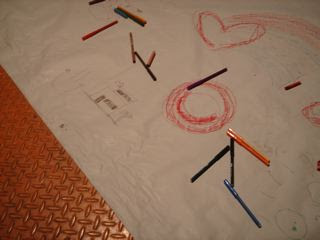 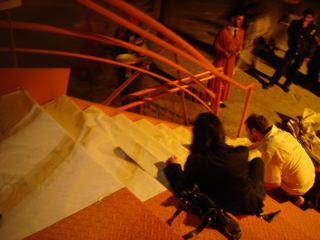 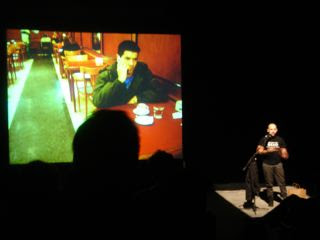 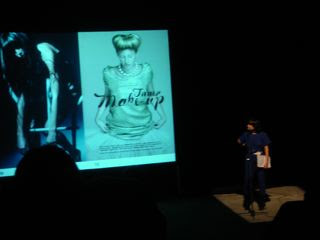 Jimena Nahon and her “Catalogue” 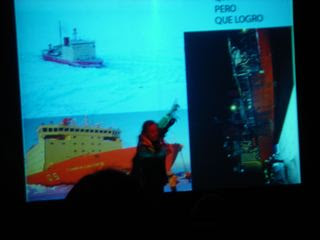 Las Tuesday was Pecha Kucha Night here in Buenos Aires. It was in Ciudad Cultural Konex, a venue I had never been to before but is very appropriate to events like this one. Inside there´s a big patio with a bar and a shop. There were some exhibitions by different artists, some of then were also speakers. I was a bit scared that it would be a succession of designers promoting their work but it really wasn´t that way.

Well, I´m not the best person for remembering names, so for those of you who may want to know more about the artists, I´ll redirect you to the Pecha Kucha website, where more accurate info is available.

What follows is a small review of the presenters that somehow impacted me. Any lack of accuracy is due to my unjournalistic eyes and purposes.

The first presentation that really called my attention was by José Maria Muscari. It was about loneliness and love. His images captured an evening in Buenos Aires, a well-known city for its “movida”, where people seemed to be at the loneliest ever, even if they had company. I really liked that someone actually took the time to be curious enough to work about being lonenly. He certainly isn´t the first one in art, nor the last one, for that matter, but it did appeal to me in a way other works haven´t. Maybe I just identified myself with it at this speciic point in time, but then again isn´t it always like this? Doesn´t someone enjoy something and sometime later realise it wasn´t exactly that good and vice-versa? Well, I did like it. I liked the images and I liked his presentation, which, on a second moment got connected with love.

Lateral Media Lab were also there. Their presentation was less interesting than the content itself. In that line of thought, they had a really fun device on the patio that everyone could try: with a little pointing devide, one could digitally paint grafitti on the wall. It even had the effect of the excess ink running down! Their work had a really interesting concept underneath, mixing technology, media and communication to have users interact with digital instruments.

One presentation that I really enjoyed was the one by Ants.tv. They showed some of their work in motions graphics for TV. They do the kind of animations that appear before ads on a given channel. I liked it so much, I admired them so much. I wonder how they do it. I really like the fact that their wonderful illustrations were moving. It´s a totally new dimension but they certainly deal with it well. I just wondered how they do it, it´s amazing. (Or so I think.)

There was a serial entrepreneur called Santiano Bilinkis. His stories were fun and inspiring, though I don´t have the entrepreneurship blood running in my veins.

Don´t be fooled by the lack of information Jimena Nahon´s website displays. I visited it and was a bit disappointed. So then, when I heard her presentation, I had low expectations and came out pleasantly surprised. She presented her work, a catalog of things. So she developed a catalog of things, basically clothing, shoes and beauty care. They make their own photographic productions for the products displayed, which adds up to the level of interest. The best part is that it ends up working like a source book for me, when I need ideas or images to start working on some idea. And I really liked the concept of making a catalog of everything.

There was Fernanda Laguna, who presented in the category “woman”. I wonder why she was there, but her presentation turned out to be fun. I thought that suddenly 6´40´´ would be way too long and probably tedious, but although she didn´t present anything special, she made us all laugh. It was a good opportunity to learn some slang.

I just couldn´t finish this pseudo-report without mentioning Diego Golombek, a biologist and scientist. His presentation was fun and informing, full of great and intelligent jokes and references. I actually learnt something from it: he studies the mechanisms of time inside the living being (I hope I´m not saying anything wrong here, so if I am, Diego please forgive me). He mentioned that somehow people living in the poles did have a sense of night and day, even having 6 months of sunshine and 6 months of night. Somehow, the sense of time is embedded in our brains and our bodies. That´s what he talked about. This was one of the presenttations I wish were longer.

In the words of its creator,

Pecha Kucha Night, devised by Astrid Klein and Mark Dytham (Klein Dytham architecture), was conceived in 2003 as a place for young designers to meet, network, and show their work in public.